What are the differences between an IPSec VPN and a GRE tunnel? 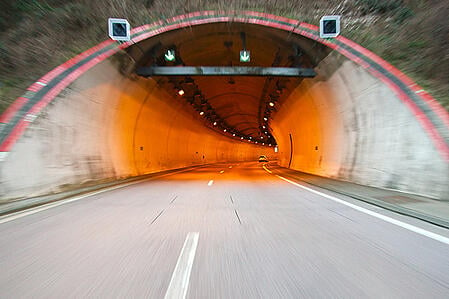 IP Security (IPSec) Virtual Private Networks (VPNs) and Generic Routing Encapsulation (GRE) tunnels are both methods for transferring data across public, intermediary networks, such as the Internet. However, there are considerable differences between the two technologies. Let’s start with a brief overview.

A VPN enables a company to securely share data and services between disparate locations at minimal cost. Users who do not have a permanent workstation in an organization can connect to a VPN to remotely access company data from a home computer, laptop, or other mobile device. By implementing a VPN solution, a company can benefit from all of the following:

Like IPSec VPNs, GRE tunnels are used to create point-to-point connections between two networks. Some of the benefits and characteristics of GRE tunnels include the following:

In summary, both VPNs and GRE tunnels can be used to transfer data between remote locations. However, their similarities end there. If you are looking to provide a secure method of connecting remote users to resources stored within a central location, you should probably implement a VPN. However, if you need to pass traffic over an otherwise incompatible network, a GRE tunnel should be implemented.

Topics: VPN vs GRE, differences between VPN and GRE