Deciphering the Alphabet Soup of the 802.11 Standards 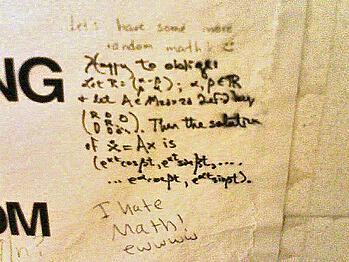 Let's see. If you overlay the 802.11a standard with 802.11b standard and subtract the 5-gigahertz (GHz) band, you get an approximate 802.11g standard. Then add back the 5-GHz band, add four multiple-input and multiple-output (MIMO) streams to get the 802.11n standard. Subtract the 2.4-GHz band, multiply the available MIMO streams by 2, and you get the 802.11ac standard.

Meh. That's too much metaphorical math, and it doesn’t account for all the nuances. Let's start over:

If you've ever configured a wireless LAN (WLAN)—or connected a device to one—then you have no doubt forged at least a passing acquaintance with the myriad amendments associated with the Institute of Electrical and Electronics Engineers (IEEE) 802.11 standard, or at least the ones that have been widely adopted by hardware manufacturers. Simply put, 802.11, which was first devised way back in the halcyon Internet days of 1997, defines a set of standards for wireless communications between devices on a WLAN. As technology has evolved lo these many days since, the standard has been amended time and again to enable communications at ever-increasing speeds and to correct problems in previous revisions.

“So?” you might be saying. “What do I care? All I have to know is that the latest and greatest wireless cards are pretty much guaranteed to get me online with whatever I have to connect to down at Panera as long as it’s before 11 a.m., after 3 p.m., or I only need to use it for 30 minutes. Right?”

That might be true as long as you’re not pursuing a certification that happens to ask you questions about wireless networking and the differences between the 802.11 revisions, or as long as you, as a network administrator, are only ever required to administer 802.11g and beyond. One of the interesting things about technology is that no matter how rapidly it advances, humans adapt to it more slowly. It can take a while for the world of living organisms to catch up to the technological changes that are intended to improve our connectivity. Therefore, it’s possible that you, as a network administrator, might be placed in charge of a wireless network that actually really does use the first widely adopted revision, 802.11a, even though everyone else around you has long since graduated from a to b to b/g to g-only to n and—now that Apple has announced its latest line of new hardware—to dreaming about ac.

Certification exam authors are aware of these types of technological growing pains. As a result, they want to test you on earlier revisions and standards that might still be in use so that when you tell a company you can administer their 802.11 wireless network, you mean that you can administer their wireless network no matter the legacy state in which it exists. Let's face it: in a situation where the CEO of your non-tech-minded company arrives to work with a new toy that he or she wants to "just work" with the existing infrastructure, you're the one that's going to have to make that happen as painlessly as possible. So you'd better understand both what you have and what will or what won't work with it.

So what are the differences between the various revisions of the 802.11 standard? There are many, but the most noticeable typically involve the following:

For example, the 802.11a standard has a maximum data rate of 54 megabits per second (Mbps). 802.11b, on the other hand, has a maximum data rate of 11 Mbps. Looking at the data rate alone, you might then assume that 802.11a is the superior revision of the two. However, they each operate on a different radio frequency, 5-GHz and 2.4-GHz, respectively. Therefore, 802.11b theoretically has a greater maximum range than 802.11a because higher frequencies result in shorter wavelengths. Additionally, 802.11a's transmissions are said to be more likely to be absorbed by walls.

But wait! 802.11b is more likely to suffer from radio frequency interference than 802.11a because 802.11b operates on the same frequency as other common household appliances, such as microwave ovens. Another difference between the two standards is that 802.11a uses orthogonal frequency-division multiplexing (OFDM) to modulate its transmissions. 802.11b uses Direct Sequence Spread Spectrum (DSSS).

Now there's 802.11n, which was ratified in 2009 and introduced MIMO support to 802.11 wireless networking. MIMO uses multiple antennas to both receive and transmit data across a radio channel, which enables 802.11n devices to support multiple streams of data across a single radio frequency and thus provide greater throughput. In contrast to previous revisions, which supported only a single stream, 802.11n supports four simultaneous streams in a single channel. Like 802.11g, the 802.11n supports both OFDM and DSSS modulation. It also adds support for sending and receiving data on both the 2.4-GHz band and the 5-GHz bands independently. That means that a single 802.11n WAP can technically be backward compatible with 802.11g, 802.11b, and 802.11a clients. An 802.11g WAP can operate in one of three modes: Legacy, Mixed, and Greenfield. Legacy mode supports 802.11a, 802.11b, and 802.11g clients. Mixed mode supports 802.11a, 802.11b, 802.11g, and 802.11n clients. Greenfield mode supports only 802.11n clients and therefore benefits from maximum performance. Because of its throughput enhancements and other tweaks, the 802.11n revision supports a theoretical maximum data rate of 600 Mbps.

Finally, some hardware vendors are beginning to announce new products that support the 802.11ac revision, which some consider more of a major update of the 802.11a revision than an evolution of 802.11b/g/n because 802.11ac supports only the 5-GHz radio frequency, not the 2.4-GHz radio frequency. As of this writing, 802.11ac has not yet been ratified; however, Apple has already announced that its newest line of hardware supports this revision. Other than the radio frequency, the primary differences between 802.11ac and earlier revisions are the addition of support for up to eight MIMO streams, wider bandwidth, a single-link throughput of 500 Mbps, and a multi-station throughput of 1 gigabit per second (Gbps). All of those changes working together provide the 802.11ac revision with a blazing theoretical maximum data rate of nearly 7 Gbps! However, most devices are likely to see practical data rates somewhere around the 1 Gbps mark. 802.11ac uses OFDM modulation; however, OFDM in 802.11ac has been modified to help improve the data rate. 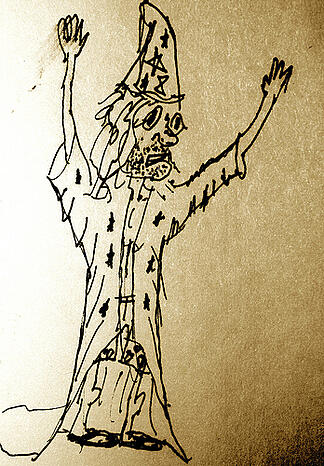 So, now that your head is spinning with modulation acronyms, bandwidth measurements, amendment letters, MIMO allowances, and theoretical maximum data rates, what does it all mean for your everyday happiness? The short esoteric answer is that it means you should be able to pick out the differences between 802.11 wireless standards when you are asked about them, thus asserting your worthiness to the gods of certification. The slightly longer esoteric answer is that you'll be able to mystify your boss and coworkers when you are seemingly able to wave your hands over that frustrating new gadget and magically connect it to all the legacy equipment your company just hasn't been able to bring itself to retire. The non-esoteric answer is that the differences probably only matter to you if you can't establish a fast connection to the Internet.

Studying for an IT certification exam? Check out our NetSim Network Simulator and Practice Exams.