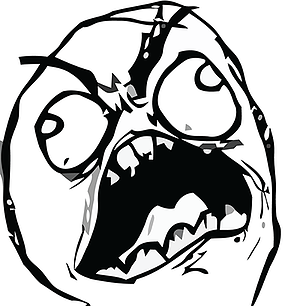 Any Tech will tell you: the most difficult customers are not the ones you encounter while at work, they are typically the ones that find you when you are at home! That’s right, the most difficult customers aren’t customers at all, they tend to be the son trying to print his homework, the uncle with the modem that won’t allow him to connect to the Internet, or the mother/brother/friend/pastor/dog groomer’s wife who calls you on a Saturday morning to ask “a quick question” when all you really want to do is sip your cup of coffee and read your favorite online news blog. Because seriously, who really gets a physical paper anymore? That’s another topic altogether. Recently I’ve had quite a bit of the first scenario, the son trying to print his homework, along with the husband trying to print documents he needs for work the next day. Many times I have been ripped away from preparing dinner by the shrieking question, “Why can’t I print?!?!”

It doesn’t take much for a home to quickly turn into what’s known as a small office/home office (SOHO) network. One day a standalone printer used primarily by one person is all you need, then all of a sudden you quickly evolve into a house full of people all wanting to print at the same time from every room in the house from devices with wires and devices without wires. They all seem to think that because their device offers a print feature, so should your network. I mean, there’s the printer, right there, sitting on the desk, isn’t that what it’s for?

Picture a home network that consists of two desktop computers, one laptop, four mobile devices, and two gaming consoles that all have the ability to print. We won’t even get into the random relatives or out-of-town guests who come readily equipped with their own device(s). I don’t want this to sound like a product review or recommendation, so I won’t cover specific models. Add to the network a cable modem, a wireless router, and a very tired old universal serial bus (USB) inkjet printer. Another note, you’re dealing with a mixed operating system (OS) environment functioning as a workgroup, not a domain. The initial setup would have the printer locally connected to one of the desktops, then shared on the network when other people begin to want to print. As the users’ needs change over time and software gets updated/patched/replaced, you might have to add and remove computers, upgrade, format, and reinstall; all the while the printer will be a constant issue. For example, if whatever PC the printer is attached to that week happens to be offline, the printer will also be offline. If that PC has to be offline for repairs for an extended period of time, because sometimes next day shipping isn’t available, that is just unacceptable. You will eventually get tired of reconfiguring the printer every time something else on your network changes, so you might try to share the printer via a USB port on the router. The tired old printer is not a true network printer and although it might complain about all of the clunky configurations, it will print, occasionally. If the router has to be reset, or a particular PC has not tried to print in a while, or the worst yet, a print job gets stuck or cancelled mid print (gasp!!), it might take many very frustrating gyrations to get all the devices and the printer to calm down and be on the same metaphoric page again. It will not be a source of pleasure for you. Not to mention the test pages, with their wasted ink and paper. Test page after test page, every time you turn the printer off and back on, another test page. 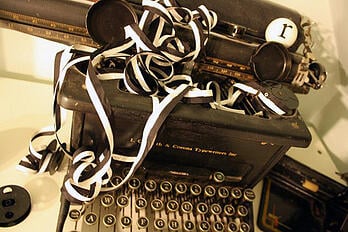 If that were my situation, I’d throw my hands up in defeat and buy a wireless, network-ready, Wi-Fi–capable, multifunction device with ePrint, AirPrint, and the promise of “easy.” Indeed, that was my situation. Thankfully, the model I chose delivered as promised. Like random access memory (RAM) and many other PC components, printer prices have come down so much in recent years that it just didn’t make sense anymore to continue with the recurring struggles. The technology exists to accommodate all the devices I could possibly need to print from (for now) at prices that might actually save me money if I could stop printing reams of test pages.

Typically wireless printers communicate on the network in the same manner that other wireless devices would, using some version of the Institute of Electrical and Electronics Engineers (IEEE) 802.11 standard. Some wireless printers may additionally have wired methods of connecting to the network, but we’ll stick to information about a wireless connection. The IEEE 802.11 standard enables wireless device manufacturers to design devices that are compatible with other wireless devices that follow the same standard. The 802.11a, 802.11b, 802.11g, and 802.11n extensions of the IEEE 802.11 standard contain specifications, such as the communication speed and radio frequency, that can be used by wireless devices to communicate with each other. Most wireless printers will be compatible with multiple wireless protocols and have the ability to figure out which protocol is in use on your network. After a quick and easy setup process that will prompt for the service set identifier (SSID) and password, you should be ready to install the printer on the devices that you want to print from. The SSID is the name used to identify a wireless network; the SSID is also referred to as the network name. All wireless devices on a network must use the same SSID in order to communicate with each other. Some wireless printers will come with an installation CD that will contain the appropriate drivers for the most common OSs, and some may require that you download the drivers from their Web site. Follow the instructions that come with your wireless printer.

The moral of this story is this: A local printer works best in situations where you have users printing from a single computer. Although a local printer can easily be shared on a small network, doing so can introduce complications you may not want to deal with depending on how many users and how many devices are attempting to share the printer. However, if you find that you have multiple users, with a variety of device types, all wanting to print from various locations throughout the building, consider a Wi-Fi–capable printer. They are convenient, fairly easy to install, and can help get dinner on the table then get the dishes done after. Because you’re not running to answer the “Why can’t I print?!?!” call anymore, of course.