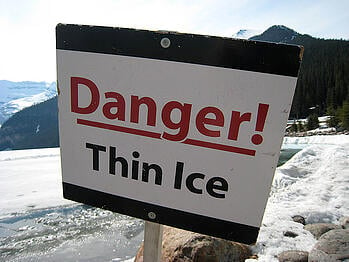 If you are a network administrator, you might be familiar with various types of attacks that malicious users might launch against the network in an attempt to destroy it. These attacks, described in Network Security Part 1: Attacks, include passive, active, close-in, insider, and distribution attacks. As a network administrator, you should also be familiar with possible threats to the network. These include physical threats, reconnaissance attacks, and access attacks.

To help protect a network from physical threats, you should ensure that network devices reside in a physically secure location that provides adequate electrical and environmental conditions as specified by the device manufacturers. Additionally, you should ensure that administrative staff is properly trained in the safe operation of all network hardware, and you should maintain a sufficient store of readily available replacement hardware in case anything happens to your original devices.

To help protect a network from reconnaissance attacks, you should ensure that the network is a switched network and that its communications are encrypted. If possible, you should disable ICMP Echo Replies to mitigate ping sweeps. You should also consider installing Intrusion Detection Systems (IDS) and Intrusion Prevention Systems (IPS) on the network to detect port scans.

Access attacks, which are typically used to gain unauthorized access to network systems and the information they contain, include the following:

To help protect a network from access attacks, you should implement strong password requirements, account-locking requirements, and encrypted passwords. You should also implement a Host-based IPS (HIPS), executable space protection, and safe programming libraries, all of which can help mitigate buffer overflow attacks.

For a few practical steps to help you fix some network problems, check out Tim's blog, An Administrator's Guide to Popularity. To see a few additional ways to help protect your network from these threats and other attacks, see Network Security Part 1: Attacks.