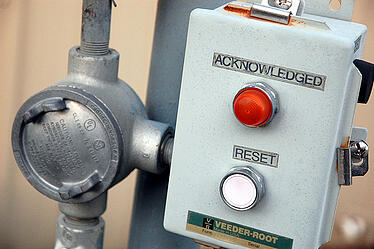 If you’ve ever worked a help desk job in a small office environment, you might have unwittingly trained the end users in your company that a simple restart is the magical solution to every problem, from slow performance to a crashing application. It might even clear up your acne and cure that nagging cough you can’t seem to kick. Naturally, you know better. But over the many years that computer systems have entrenched themselves in every niche of our lives, some of the most common problems end users face have been most easily solved—at least in the short term—by a system reboot (or by pressing the Caps Lock key). So the user reboots and, hopefully, moves on.

As you move on in your career, perhaps taking on a server administrator or network administrator role, the simple restart becomes a much less practical means of fixing problems. Unless you have munged a network device’s running configuration but not yet written it to the device, or there’s a memory leak, or there’s some other hardware issue that only a power cycle can solve, rebooting a router or a managed switch is unlikely to be a magic solution to everything. However, it is a great way to temporarily disrupt your company’s business and irritate co-workers , especially if you do it without notifying them. Gone are the days when you can rely on an operating system’s simple, dying demand that you restart, most famously illustrated by Susan Kare in old versions of Mac OS by a friendly little bomb with a lit fuse. Now you must interpret the meanings of error messages and use them as guides in your troubleshooting quests.

Fortunately for you, there’s Syslog, which is a logging standard originally developed in the 1980s. You can typically find Syslog in use on Unix or Linux systems and on network devices, such as routers and switches running Cisco IOS. For example, if you’ve ever issued the no shutdown command on a network interface on a Cisco router, you have no doubt observed output that is similar to the following:

The above is console output that displays two different interface messages in the standard Berkeley Software Distribution (BSD) Syslog format as it is implemented in Cisco IOS. The first message indicates that the FastEthernet 0/0 interface has transitioned to the up state. The second message indicates that the line protocol for the FastEthernet 0/0 interface has transitioned to the up state. Syslog message format on Cisco devices can be identified by the presence of a percent sign (%) followed by a facility code, a severity code, and a mnemonic code, all separated by dashes. The dash-separated codes are followed by a colon and descriptive text that explains, in somewhat plainer terms, the event that has occurred.

Each of the messages in our example begins with a timestamp that indicates the precise date and time the event occurred, at least according to the device’s system clock (and that’s a whole different story). If you’re not seeing timestamps similar to the ones above on your Cisco device, you might need to issue the service timestamps log datetime msec command in global configuration mode. If your system is not configured to display timestamps with log messages, the lines of output above would each begin with the percent sign. However, in this case, we can see that the physical interface transition occurred on Sept. 5 at 9:10 a.m. and 28 seconds. The line protocol transition occurred exactly one second later.

Severity codes on Cisco devices, on the other hand, stick to the standards. Severity codes are numeric values in the range from 0 through 7 and have the following meanings:

Enough with the numbers. Let’s move on to some more meaningful words. The severity code is followed by the mnemonic code, which is a simple abbreviation describing the event that occurred. In the sample output, the mnemonic code for both the link message and the line protocol message is UPDOWN, which indicates that the interface and line protocol have both transitioned to either the up state or the down state. The mnemonic code informs you about what happened but doesn’t give you the details of the event. That chore is reserved for the description that follows the mnemonic code.

The description is simply that: a phrase or sentence that more completely describes the event that occurred. In the sample output, the link message has the following description:

Interface FastEthernet0/0, changed state to up

Therefore, the description has completed the information that the mnemonic code only hinted at. You now know not only that the interface state changed, but that it transitioned to the up state. You also now know which interface made the transition: the FastEthernet 0/0 interface.

Syslog messages that are sent over UDP can be broken into three parts: PRI, HEADER, and MSG. The PRI part is an eight-bit numeric representation of the facility code and the severity code enclosed in angle brackets. The HEADER part is the timestamp and the name of the host that sent the packet. The MSG part contains the same percent sign—denoted text as the messages displayed on the console of a Cisco device. You can configure a Syslog server to parse the messages and store them in separate log files (or display them to the server device’s console or send them to other places) depending on source host, facility, severity, or a number of other criteria. Log files can then be viewed at your leisure or in real-time as events are added to them. Such files should be rotated out on a regular basis to ensure that they do not become too large to parse easily. It’s also not wise to allow a Syslog server to accept messages from just any old host out there somewhere, because doing so could easily fill all your storage space. You can configure a Syslog server to accept messages from only specific host addresses or ranges of host addresses.

In addition to simply collecting the Syslog messages in a central location for review, there are relational database solutions that enable you to filter the messages that are captured by Syslog servers to make them more sortable, reportable, and meaningful. For example, searching a database of Syslog messages might make it faster and easier to find events that were generated by a specific device out of the many that are logging to the same server. If you cleverly take advantage of the Syslog format combined with the benefits of a server and a relational database, you might also be able to implement an automated ticketing system that alerts the appropriate people or initiates an appropriate action depending on the device, event type, or urgency of the event.

Of course, all of the above build-out depends on the size and scale of your organization. If you’re a team of one (I know, I know; there’s no “I” in “team”) or you have exactly one device or system that uses Syslog formatted messages, your best bet might be to simply take a look at the affected device’s console or log files and see what’s scrolling there. It’ll be your phone blowing up with all those cries for help from the darkness anyway.

Or you could light a few candles, say a few incantations, and reboot.

Studying for an IT certification exam? Check out our practice exams and Cisco Network Simulator!